You are here: Learning Center » Personal Finance & Mortgage » What Does It Mean To Be Wealthy? (Part 3)

What Modern Americans Can Learn from the Greatest Generation

In Part 1 of this series we suggested you examine your definition of wealth and in Part 2 we looked at how the American idea of wealth is changing as we speak. In this final part, we will examine what modern Americans can learn about personal finance from those who survived the Great Depression.

When comparing the Great Recession to the Great Depression, one immediately notices some eerie similarities such as joblessness, underemployment, distrust of banks, government, stock markets, and, now, political upheaval in Europe and the world.Of course it isn’t as bad as back then! There are no Hoovervilles sprouting up around the country, farming techniques are better, and I doubt we’ll see another dust bowl—though the drought in the Midwest is troubling. The political climate in Europe is quite unlikely to spawn a new war. Things may not be as bad, but that does not mean we can’t learn from those who had it even rougher. 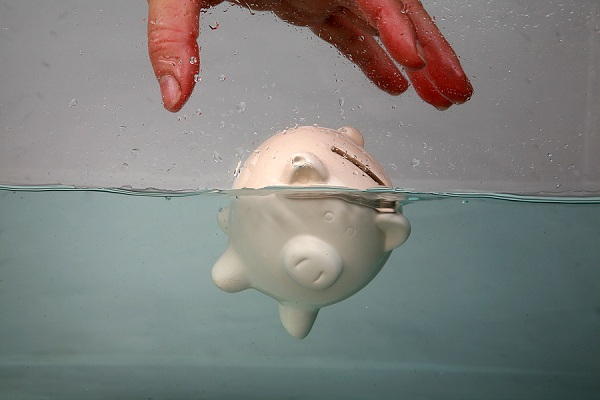 Be Frugal in Your Daily Expenses

There is nothing wrong with taking an extravagant trip or spending some cash every month or so on dinner, drinks, and dancing. That’s living. That’s fun. For some of us, that is necessary. But daily expenses and “walking around money” are where most people mess up so be watchful for how much slips through your fingers.

Know Where Your Money Is

According to the National Foundation for Credit Counseling, only 39-percent of Americas say they have set and follow a budget. Just over a third know how they spend their money. This is a travesty that would appall our grandparents.

In the days of swipe first and check later, it’s easy to lose track of your inflow and outgo. You can always check your statement online at the end of the day or week. Sure, it’s easy to know what you have, but that doesn’t mean you know how you are using your money.
When you don’t have much, you know what you spend it on. We should all take a lesson from those who survived the Great Depression and learn to budget. You know how much you make each month. Now, you need to learn how and where you spend all that hard earned money. You will be amazed at how many unnecessary purchases you make.

If you lost your job tomorrow, how much would your household income drop? Would it drop to zero? At its peak in 2010, 12.4 percent of American families reported at least one primary provider was unemployed. Of those 12.4 percent, only 67.2 percent had another member of the family who was employed. That means that many American families saw their incomes halved—or worse- or completely cut to zero when the primary provider lost a job.

Back then, most families were single income families. They learned the hard way not to “put all your eggs in one basket”. Most developed alternative ways to feed their families and kept those streams of income going after they found full time work.
It is important for you to develop streams of income outside of your primary source of income. You never want to give fate a chance to cut your income to absolutely zero. Find a hobby, something you enjoy doing, and see if there is a way you can turn it into a money-making venture.

So Have We Learned?

The Great Depression spawned a generation who knew the value of being frugal. A penny saved is a penny earned. This is one area where the post-recession American has excelled. Americans today are much more frugal than they were a few short years ago. According to a survey conducted last year by Time magazine, Americans are more mindful of what they spend their money on. Here are a few key statistics from the survey.

It seems the Great Recession has done an good job of reminding the American people the value of a dollar and a strong financial plan. The Great Recession is not equal to the Great Depression. We can all be thankful for that, but if one good thing comes out of the past few years of hardship, it is that many of us learned to live within or below their means and not beyond them.

The question I want to end this series with is – Have we truly learned? Or will we just return to our old ways when things get better?

Here are 5 great home design blogs to rescue those of us that are design challenged. Head on over and...